About The Davis Companies 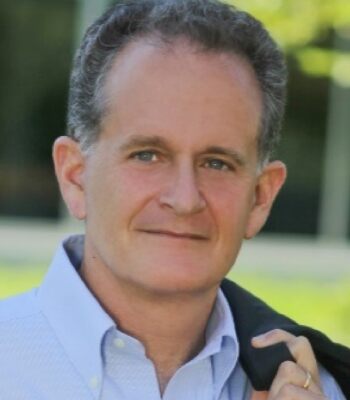 Jon is the Founder and Chief Executive Officer of TDC with responsibility for the general oversight of the company. As Chief Investment Officer he is responsible for overseeing the development and execution of the Company's ...
Read More investment strategy.

Jon has over 38 years of real estate management and development experience and has a central role in the identification and evaluation of new opportunities, capital raising and performance of the company's portfolio. Jon graduated from Brandeis University.

He is actively involved with numerous business and civic organizations in the Boston area and was the 2008 President of the Massachusetts Chapter of NAIOP and the 2009 Board Chair.

Jon has received numerous awards. In 2000, he was chosen by Ernst and Young as New England Entrepreneur of the Year in the real estate and construction category. In 2003, he was honored by the Association of Fundraising Professionals with the individual "Leader in Philanthropy" award. In 2006, NAIOP honored the firm with its Distinguished Real Estate award.

Jon has also been involved as a leader on numerous non-profit Boards of Directors and Executive Committees including Brandeis University, the Boys and Girls Clubs of Boston, where he currently serves on the Board of Trustees, and The Combined Jewish Philanthropies of Greater Boston.
Read Less 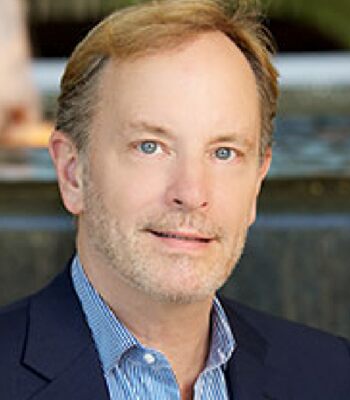 As President, Richard McCready brings a wealth of real estate investment, business development, and operations experience to The Davis Companies. Mr. McCready oversees day-to-day management of all ...
Read More aspects of the firm’s operations and plays a leading role in setting and monitoring firm wide strategy.

Prior to joining The Davis Companies, Rick was the founder of Hummock Pond Capital Strategies, a real estate consulting and advisory firm that assisted real estate-related funds and businesses with operations, capital raising and strategic planning. Most notably, while at Hummock Pond, Rick provided advisory services to and served as a Board Member and Audit Committee Chairman of the Versus Global Multi-Manager Real Estate Income Fund, which provides retail investors access to a diversified portfolio of institutional, core real estate funds.

Prior to founding Hummock Pond, Rick was the Chief Operating Officer and Executive Vice President of NorthStar Realty Finance Corp (NYSE: NRF), a publicly-traded commercial real estate finance company with over $10 billion in assets under management. Rick was one of the key executives responsible for building the organization. Previously, Rick was at NRF's predecessor company, NorthStar Capital Investment Corp, a private equity fund business specializing in opportunistic investments in real estate assets and operating companies, where he served as the President, COO & Director. NorthStar Realty Finance Corp was one of the platform investments of NorthStar Capital. Rick spearheaded and managed the IPO spin-off, ultimately becoming the COO & EVP.

From 1990 to 1998 Rick served, first as General Counsel and then as the President, COO and Director of Winthrop Financial Associates. From 1984 to 1990, he practiced law at Mintz Levin in Boston. 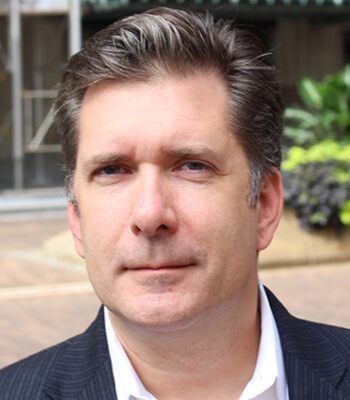 Christopher Lasky leads The Davis Companies’ Pittsburgh office and has direct responsibility for the design and construction of development projects in the region. Additionally Mr. Lasky ...
Read More pursues future development opportunities, provides due diligence support to the acquisitions group, and liaises with local and state governmental officials.

Mr. Lasky has 20 years of Architectural experience, the vast majority in the Pittsburgh region. This experience includes owning and operating his own firm, project architect on large local projects such as the Alcoa Corporate Center on the North Shore, and as Vice President of Massaro Construction Management Services overseeing 30 employees in multiple offices.

Mr. Lasky graduated from The Cooper Union for the Advancement of Science and Art with a Bachelor of Architecture. He serves on the management group of the American Institute of Architects National Documents Committee, and on the American Arbitration Association Construction Division Roster of Neutrals.
Read Less 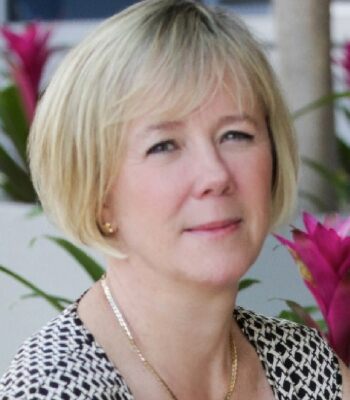 As Managing Director of Asset Management, Cappy is responsible for maximizing value within the company's real estate portfolio. She serves on the firm's Investment Committee and ...
Read More Senior Management Committee. Prior to joining the firm she had 20 years of experience in investment sales and leasing of commercial real estate.

Most recently, she was the Managing Director in charge of the JLL (formerly Spaulding & Slye) Boston Capital Markets Group. During her tenure there she and her team completed over $7B in investment sales and advisory assignments.

Prior to this experience she was a leasing broker for eight years. Cappy has a B.S. degree from Johns Hopkins Carey Business School. Cappy is a member of the GBREB, PREA, NAIOP, NEWIRE and ULI. In 2010 and 2011 she was a Co-Chair of the NAIOP Programming Committee and served on the NAIOP Executive Committee. In 2008 and 2009 Cappy was a Co-Chair of the United Way of Boston's Real Estate Fundraising Campaign. Other board experience includes REFA Board Member from 2003 to 2006 and NEWIRE Steering Committee member from 1997 to 2000. 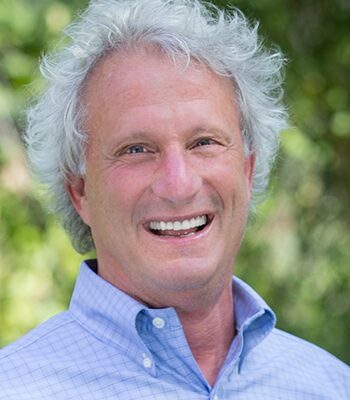 As Senior Vice President, Gary is a strategic member of the asset management team helping to maximize value within TDC’s growing portfolio. Gary’s over 30 years of experience with development is ...
Read More extremely advantageous to a number of TDC’s more complex projects and his history and expertise within the multi-family sector is also a strong benefit to the portfolio both geographically and by asset class.

Prior to joining TDC, Gary has held a number of senior leadership positions in the Boston real estate market. Most recently, he served as President of New Boston Management Services and as Senior Vice President at New Boston Fund, a Boston-based investment, development and management firm. In those roles, he managed a wide range of business areas, including acquisitions, development, construction, property and asset management and analysis for assets that comprised 14 million square feet of commercial real estate and 5,000 residential units, combined to value in excess of $1.5 billion.

Gary is a Gavel member of National Association of Industrial and Office Properties (NAIOP) Massachusetts, a PAC Committee member of Building Owners and Managers (BOMA Boston), a CAPS designated member of the National Apartment Association (NAA) and National Multi Housing Council (NMHC) and is also a Regional Rental Housing Association (RHA) Delegate for the NAA. Gary also serves as the Board President at Right Turn, a Boston-based nonprofit that provides innovative programs offering intensive outpatient services and supportive housing in a uniquely creative environment for treating substance abuse and other addictions. Gary earned his Bachelor of Science and Master’s Degree in Education Administration from Northeastern University.
Read Less 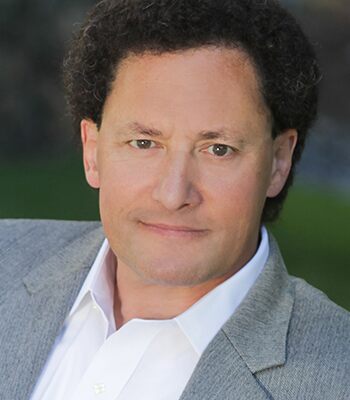 As Managing Director of Property Management and Operations, Lenrow is responsible for running the property management company, as well as ...
Read More handling various administrative matters of TDC. He serves on the firm's Investment Committee and Senior Management Committee. With over 30 years of real estate experience, he continues to be actively involved in every facet of the business. Lenrow joined TDC in 1999 after enjoying much success as a broker and senior executive overseeing asset and property management, finance, and development. Lenrow began his career in the late 1970s as a real estate specialist at Price Waterhouse Coopers (Coopers & Lybrand). He spent much of the 1980s as head of the asset management company for Leggat McCall Companies. He was a founding member and senior executive of the international firm, Compass Management and Leasing, where he was responsible for growing the New England and New York portfolio to over 15 million sf. During his tenure there, he was directly involved in leasing several million square feet of office and industrial space to such notable tenants as Mercury Computer Systems, The Boston Company (Mellon), and Bank of Boston (Bank of America). He oversaw the redevelopment of Bank of Boston's headquarters; the project included reconstruction of the plaza, lobby, and 871,000 square feet of tenant space. Lenrow has been actively involved in the acquisition of new assets, repositioning programs, staff development and execution of business plans. Lenrow was featured on the cover of Real Estate New York, regularly contributed to Real Estate Weekly, was featured on the back cover of New England Real Estate Journal in “People to Watch” and was named Executive of the Year in 2012. He has been an industry instructor for over 25 years. Having graduated from college at age 19 with a Bachelors Degree from Binghamton University, Larry went on to earn Masters Degrees in Education (Simmons College), Accounting (Northeastern University), Business (Northeastern University), and Taxation (Bentley College).
Read Less 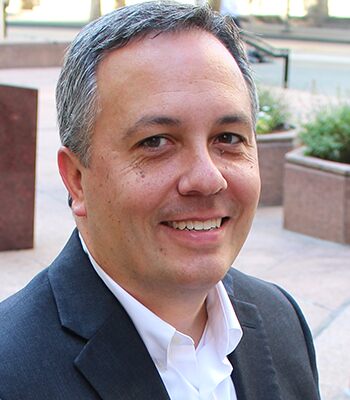 As Senior Property Manager, Marc Battistone handles the day-to-day operations of The Davis Companies’ Pittsburgh office, located in the Union Trust Building. While the building is undergoing substantial renovations, ...
Read More Mr. Battistone is working closely with TDC’s development team to oversee the project’s construction process, while serving as a liaison for all tenants, vendors and contractors.

Mr. Battistone has 20 years of experience in real estate property management, overseeing multiple properties in a variety of asset classes including commercial, retail, educational and residential facilities for both private and public owners. Most recently, Mr. Battistone served as Director of Operations for Healthcare Trust of America in Pittsburgh. As Director, Mr. Battistone managed the company’s more than one million square foot portfolio in Pittsburgh, as well as its properties in Boston, Albany and Baltimore totaling over three million square feet of commercial and medical office space. He also successfully opened Healthcare Trust of America’s regional office in Pittsburgh. Mr. Battistone has a Bachelor of Science in Mechanical Engineering from University of Pittsburgh, and a Master of Business Administration from George Mason University. He is a Certified Property Manager® with the Institute of Real Estate Management (IREM®) and a former President for IREM’s Western Pennsylvania Chapter No. 7, where he currently serves as Executive Councilor. Mr. Battistone is also a certified Real Estate Salesperson in Pennsylvania.
Read Less